Late in the U.S. presidential election of two years ago, some Republicans made an important discovery, a campaign myth which was called "Joe the Plumber." My discussion here is not about the real man who is actually referred to by that expression but instead the myth behind it.

In fact, in the long history of economic theory there was once another name attached to a myth about the economic reality of society, i.e. "Robinson Crusoe." Robinson Crusoe's origin was Daniel Defoe's novel of 1719 by that name but for centuries he was treated as if the economic life of human societies was developed like his fate on a remote island, a lonely man by himself trying to survive in nature.

In the recent Congressional Election in the U.S. the myth of Joe the Plumber, and not the man himself, was prevalent in the campaigns of a new American conservative force in the scene of U.S. politics, namely the Tea Party. The campaign was strong enough to help the Republican party to win the majority in the House of Representatives and a very close number of seats in the US Senate.

Not only Sarah Palin, one of the Republican presidential hopefuls for 2014 election has capitalized on this myth but even Newt Gingrich who has long been supported by futurist Alvin Toffler is leaning towards this myth to gain support although he should well know the real US economic life of today is far from such myths.

In fact, the overwhelming majority of Republican leaders are well aware from their Congressional experience how this myth is just a "myth," but they do not mind to entertain it as long as the Tea Party can bring them votes from those who believe in the myth for a while although will soon see a different economic reality in their own lives, e.g., when they are worried to lose the option of buying their own favorite insurance plan and end up in a new job with no insurance at all or joining the ranks of the unemployed.

An interesting point about the myth of "Joe the Plumber" in contrast to Robin Crusoe is that it has not been drawn out of a literary novel and treated by some economists as reality rather it originates from two top economists of Austrian school by the names of F.A. Hayek and Ludwig von Mises.

And prior to Tea Party, the Austrian school theories were promoted by the Libertarian Party in the United States. The fallacies of fairness as regards to their theories discussed elsewhere, the same way rejecting its opposite extreme of socialist panacea (1).

But the recent upsurge of these ideas by the Tea Party is an unbelievably masterful popularization of the Austrian school which could even be a surprise to the old time Libertarian Party activists.

The "Joe the Plumber" myth tries to depict the US economy as if it is made of millions of "Joe the Plumber' shops" and makes the task of every politician and economist to solve the problems of the owner and apprentice of that shop. And of course the panacea offered is the mythical no-government, no-taxation -- leave it all to Joe solution, to make the American Dream come true for the millions of these shop keepers.

In both places, health insurance if not provided by the employer, it can take the huge chunk of the employee's income. Issues of job security and unemployment benefits are the same. An individual in any dispute over all these matters is facing a corporate lawyer which has all kinds of means at his/her disposal. Sorry but we are not living in the early days of United States with small mom and pop shops.

One of the biggest issues for the people working for the big enterprises is that the employers do not want to pay benefits and they hire people as contractors. The contractor is not referred to a firm which can charge the Pentagon $400 for a hammer. No. The contractor is someone who has been unlucky for myriad of reasons --including discriminations -- not getting the regular position with benefits and job security, and is rather working without any Holidays, vacation, insurance or retirement.

The so-called contractors are not necessarily part time workers either. Many contractors work overtime without overtime pay and graveyard shifts without shift differential and the employer uses them to save on paying such benefits. In fact, the term contractor is a misnomer and does not show an individual or group being a real private company, as it may seem on the records of D&B. Rather it just means someone who does even better work and has worked years more than so-called "permanent" employees at the same job, but has been unlucky with no job security and benefits and is simply called a "contractor.".

These are the realities of economic life in the US that any economic and political program needs to address. President Obama tried to address some of these issues when he stood up to the conservative forces in the Congress last year for the HealthCare Reform. A healthcare system that all developed nations in Europe have put in place a long time ago. In fact, a conservative French president like Nicolas Sarkozy who was visiting the US at the time of oppositions to Obama's plan, was surprised to see so much opposition to a simple addition to the wellbeing of the American people -- unless people think UK or France are socialist countries.

The attempts of the Tea Party to show the issues facing the United States same as those of a "Joe the Plumber's shop" may work for a little while but once things get to the specific plans, they will not be much different from the old conservative plans that promised end of government and end of taxes as a paradise in the years when the national income was high and issues like Healthcare could have been fixed much easier.

The reality that the majority of people are working for big employers, be it corporations or government, determines the economic reality of our society and the US is already a long way behind Europe in creating laws to protect those who lack insurance and benefits like vacations, even when they have a job, let alone when they are unemployed. Something the late Senator Edward Kennedy spoke of for so many years.

Now as far as economic justice is concerned, definitely the socialist programs that Europeans used in the 20th century will not be the answer and one must be a futurist and use new strategies but futurism is not the kind of conservative programs that Mr. Gingrich advocates to return to, rather the new plans should be arrived at from the current social structures resulting from the new economy (2).

In short, attracting people by the libertarian populist promises of the Tea Party but in reality offering conservative old tried-out failed policies will not solve the problems of more than 47 million people who lack medical insurance in the US. Those people are not some uneducated lazy people with "alcohol problems." A good number of them are some of the best talents working for employers who for some reason or not are not giving them full benefits. Maybe tomorrow one of the Tea Party favorites and his or her kids and other family members will be dealing with the same issues at a new job!


مقاله انگليسی English Article
Why Secularism Failed in Half of the World
http://www.ghandchi.com/639-WhySecularismFailedEng.htm 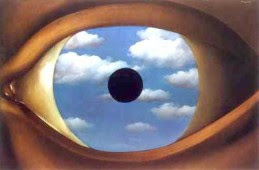 In the last few years I have been basically writing in Persian and hardly anything in English. One thing I’ve been recently discussing that I thought may be of interest to you is that it seems to me the next stage of human consciousness will be about being self-aware of ourselves in a different body.

Maybe recognizing ourselves in the mirror after plastic surgery is the first in a series of steps that with augmenting human body artificially and with possibility of upload and download of the brain will continue. Just as we are amused when we look at the smarter monkeys who can recognize themselves in the mirror.

Maybe future humans will have a much different sense of self-awareness than we do and will be amused to watch us. Especially recognizing music tunes as part of one’s identity or self-”finger”-print!

It is remarkable how much people identify with their visual appearance. When I changed myself into Ramona for my 2001 TED presentation, even though the technology was fairly crude by today’s standards, it did give me the idea that my true identity is not my visual appearance, that we can and will change that. We need deeper mirrors.

All the best,
Ray

In Persian there is an expression that says if you do not like what you see in the mirror, break yourself — not the mirror. Apparently our self image in our internal mirror is something worth investigating.

1. Mirroring People: The New Science of How We Connect with Others
2. Brain imaging reveals how we learn from our competitors
3. Iran unveils human-like robot
4. Monkeys recognize themselves in the mirror, indicating self-awareness
5. Humanoid robots to gain advanced social skills
Posted by sam ghandchi at ۹:۳۹ بعدازظهر